A missionary family from Norway who have committed themselves to spending their lives on the mission field, living on the coast of Kenya.

Starting from when Linda was 5 years old, she felt called to move to Africa and help the orphans and the poor, feeling a deep yearning to  leave Norway and spend her life in in Africa to be a mother for those who don’t have a mother, showing the Fathers love to the forgotten and lost. Living out 1. Joh 3:16-18. She waited for 15 years while God gradually revealed step by step the where and how. She felt led to Swahili, but didn’t feel called to a specific country alone.

She met her husband Stig at 16, and they married two years later in 2008. After being saved as an 18 year old in 2002 and going to bible school in Tromsø Norway, Stig started in full-time ministry in 2008, traveling as an evangelist and preacher in Norway and Europe.

Linda graduated as a health care worker, and in 2011 they went to Mozambique for 3 months and studied at Iris Ministries Harvest School. They went back to Norway for a couple of years where they gave birth to Esther and Leo in 2012 and 2013, before they moved to Mozambique to serve with Iris Ministries from 2014 to 2016. Knowing that God was preparing them to one day lead them to an unreached place in Africa to pioneer something new.

In 2016, God spoke to them about the Swahili Coast, showing them the coast line from the south of Somalia, going through Kenya and Tanzania and until the north of Mozambique. They felt God called them to this area, mostly dominated by Islam and traditional religion.

They visited for one week in April 2016, driving up and down the coast line to see where God would want them to settle down. They drove from the border to Tanzania up to Malindi. On day 4 they came to Kilifi, and they both immediately felt in their spirits that this was where they were supposed to be.

They went home to raise support and prepare, and in August the same year they packed their suitcases and their 3 and 4 year old kids and moved to Kilifi, Kenya. A place where they knew no one, but they knew God had called them to go. They started renting a small house in the local village, living alongside the locals. They started walking the streets talking to people, and after a few days, their 4 year old daughter said God told her they should start going to the homeless people on the garbage dump just a few hundred meters away. They started going there daily with food and the Bible, and that’s where their first church started. Amongst the broken and the most poor people in the community of Mnarani.

They saw many homeless people get saved, restored, get jobs, and reunited with their families. They discipled them through the values of the Bible, and also cooked rice and beans for everyone who wanted a free meal weekly. In addition to this they helped many locals with school sponsorships, and by helping them with training and capital for starting small businesses.

After six months of meeting daily by a tree next to the garbage dump, they shifted to a bigger house in the neighbouring street, where they now started their first church in their compound. The church grew in numbers, and through living among the people and being intentional in going low and slow and building relationships, they were able to connect with people and disciple and guide them through different seasons of their lives.

In this season, they also welcomed their third child into the world. Sarah Dhahabu was born at home 17th July 2017, without electricity and without a midwife. Read more about it on Lindas blog here. For many people this was the first time they had seen a white person go pregnant or give birth in Kenya, and it became a powerful testimony that these missionaries had accepted them and become one of them. 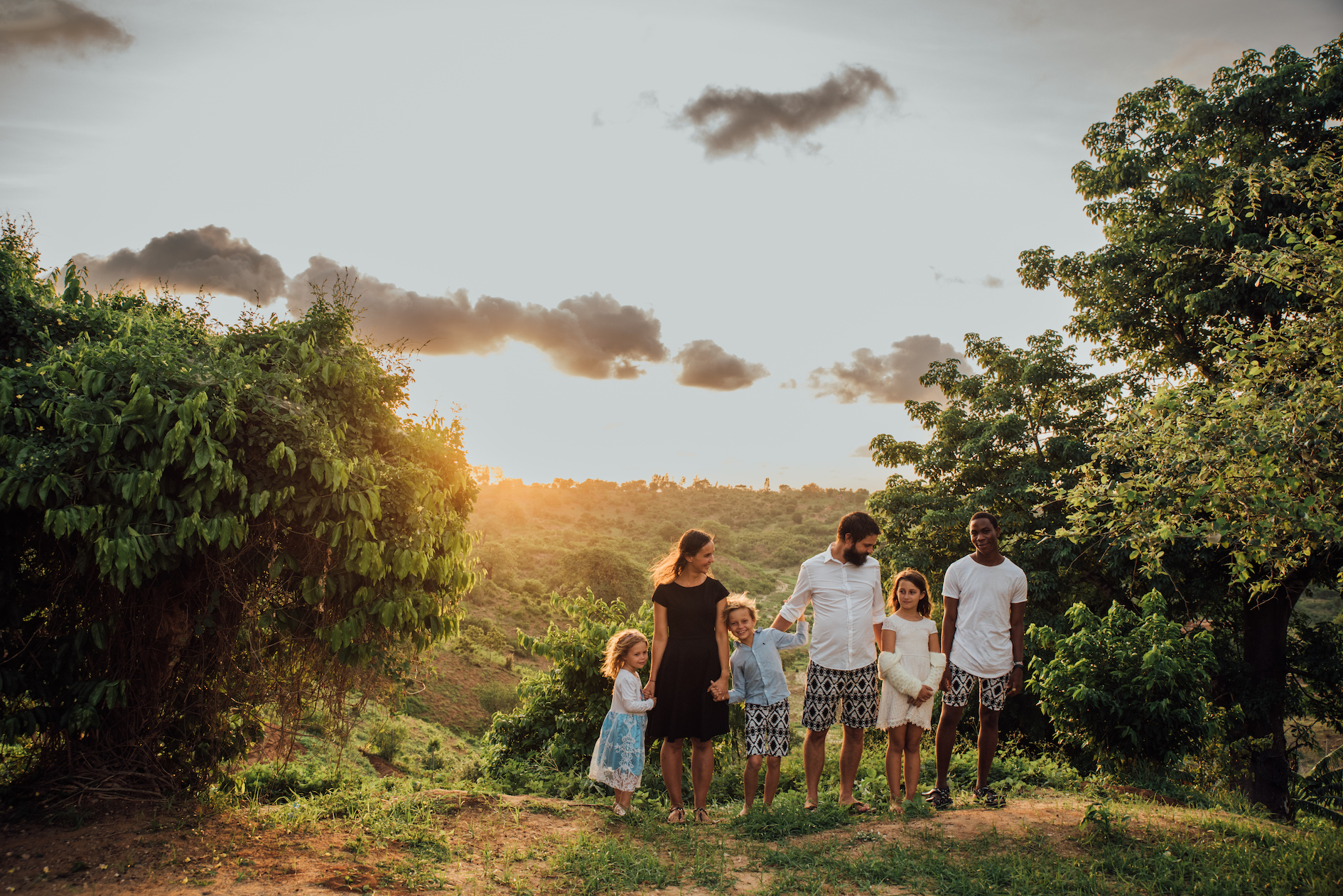 In March 2019 they also added a fourth child to their family, when adopting an orphan teenage boy Ndoro. In addition to this they have several youths living with them during school holidays, while finishing their education. Their unique way of doing ministry and their open hearts, have made many people feel part of their family, and they are doing ministry and discipling people while living relationally with the local community.

In September 2019 their church, CFC Mnarani Swahili Coast, merged with another CFC church in Mnarani, where they now have localities outside their home. At the same time, Linda and Stig moved with their family to Nzombere, Majajani, a 20 min drive interior from Mnarani.  Here they have bought acreages of land, where they are building their mission base where they will settle down whilst traveling and spend their lives pursuing the call that God has given them for the Swahili Coast. Read more about the vision and plans for this place under “Mahanaim Mission Base”. 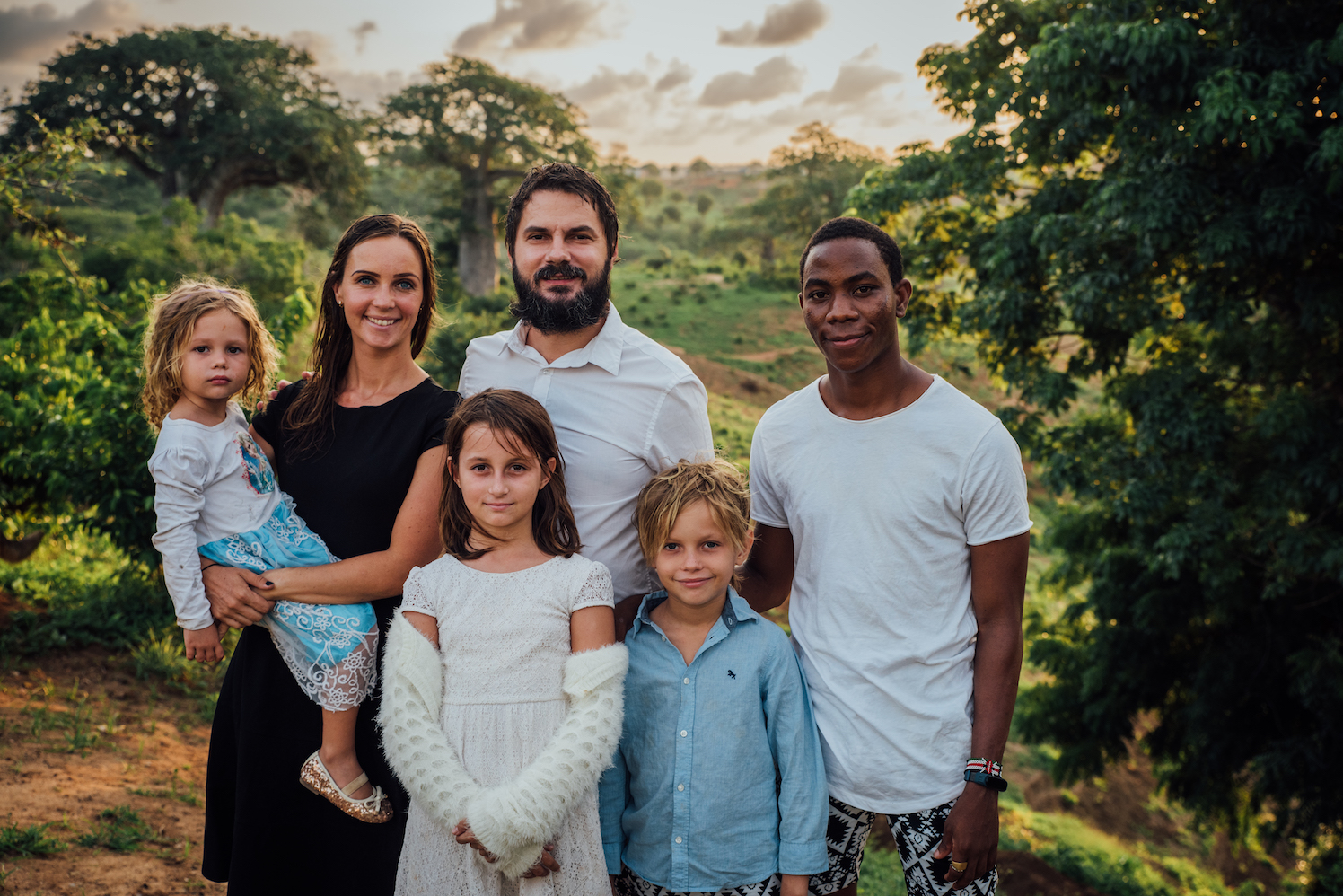